Now that it has been almost a month since Hurricane Irma delivered a heavy glancing blow to South Florida and a direct hit to Southwest Florida some things are starting to come into perspective about how it all went down. 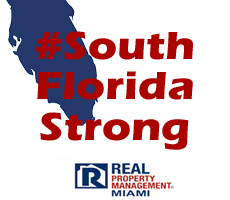 Our Building Code is Worth It
Despite many areas in Southeastern Florida experiencing sustained hurricane force winds the vast majority of the damage to properties has been to shingles and tiles on roofs. This is a credit and testimony to the Miami-Dade building code which is often cited as the most strict in the country. While the code can often be a hindrance to property owners we can see in times of disaster that it is that strong for a reason and saves many lives in our community. Some residents who have never been to other parts of the country are shocked to find out that all wooden frame houses even exist. Thanks to some hard lessons we have learned in the past the big bad wolf should never be able to blow our houses down.

(Almost) All South Floridians are Good People
In the hustle and bustle of living (and driving) in a major metropolis it can be easy to form negative or cynical opinions of others. The main interactions we have with strangers tend to be in traffic which is of course a highly stressful situation for everyone and tends to bring out the worst in all of us. But in times of danger we begin to interact with each other in many other ways…mostly in lines. In lines for gas, supplies, plywood, food and just about every other necessity. And although there are always going to be a few bad apples, the vast majority of interactions that we experienced were respectful, courteous and even helpful. I saw several people go out of their way to help somebody else out when they were obviously already stressed themselves. Most people were patient even though they had been waiting for hours in some cases. And when there were those few bad cases of people skipping lines or being rude for the most part they were called out by the good people who defended each other.

Extensions of Support After the Storm
In the aftermath this became apparent as well as I can’t remember how many extension cords I drove over in my neighborhood when one side of the street’s power came on but the other was still out. We offered our generator and ran cords as well to help our neighbors make it through the night with some light and cold drinks. Additionally, as we became aware that our west coast friends bore the brunt of the storm many in our community mobilized relief efforts to get supplies over to the hardest hit. But now we need to mobilize to do more and many of us already have because our fellow US citizens in Puerto Rico are reeling in the aftermath of not only Irma but a direct hit from Hurricane Maria as well. Many South Floridians hail from Puerto Rico and as their closes mainland neighbors it is up to us to spearhead the effort. Please find a donation center to send much needed supplies to Puerto Rico so they can get through this disaster. We will be doing the same and hoping that we can help them as much as we have helped each other.