Just to the east of the Real Property Management Miami office, a gem is being born from a vacant lot that had lived previous lives as a birthday party for the country, a racetrack and most recently a refuge for many of Miami’s homeless. 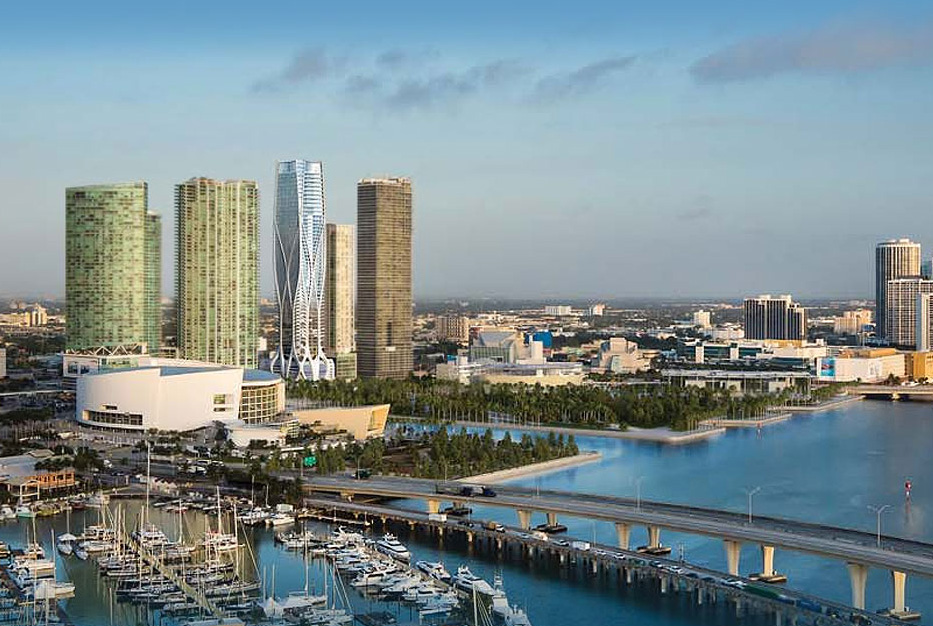 Miami’s new Museum Park was originally built in the 1970’s as a way for the city to celebrate the 1976 Bicentennial birthday of the country and as such was originally named Bicentennial Park. Of course in true Miami fashion the park opened one year late in 1977. The park’s architect designed the space as an escape from the urban experience and so created large mounds that blocked views from Biscayne Boulevard…but instead of creating an oasis it created a perfect place to commit crimes and do drugs.  So the park was never really used for anything until the Miami Grand Prix converted it to part of a race track that would wind through the streets of downtown.  Once the Miami Grand Prix closed up shop in the late 80’s the park was basically left for dead, until…..

Boom!
The real estate market exploded in the early 2000’s and the collective Magic City dreams of the future as a world class city birthed the idea of converting the old eyesore to a Central Park of Miami that would be the home to several of Miami’s best Museums.  Immediately some of the best developers in the city jumped on the land across the boulevard from the park and began building the “Big Four”: Marquis Miami, 10 Museum Park, 900 Biscayne Bay and Marina Blue.

Here is an original rendering of the park… 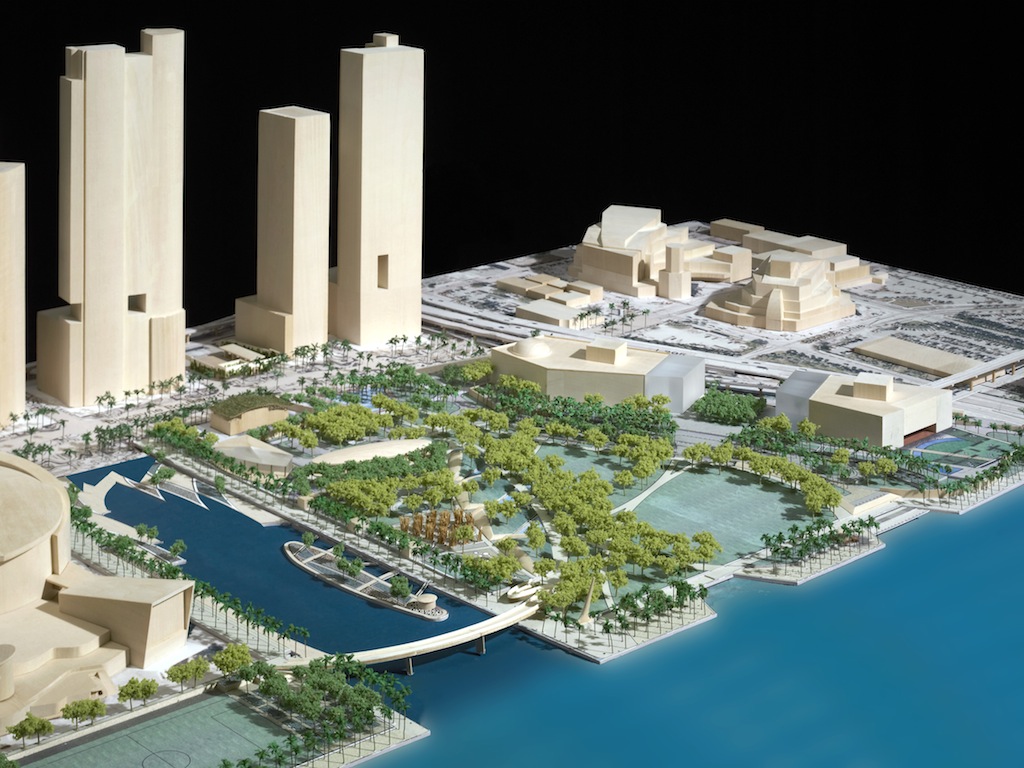 Pop!
The real estate market crashed in 2006 and all hopes for a new world class park collapsed along with hopes of vast riches by the late-comers to the boom and the mortgage fraudsters.  And so it seemed the new (mostly absent) owners of ultra luxury condos were destined to have a front row seat to a never ending episode of Cops instead of halls of arts and culture…until…

Things got even worse in South America!

And the floodgates opened and all of a sudden all the empty condos were being filled.  The Miami Performing Arts Center was renamed the Adrienne Arsht Center and then in 2014 the Perez Art Museum opened and the promise of the park became a reality. 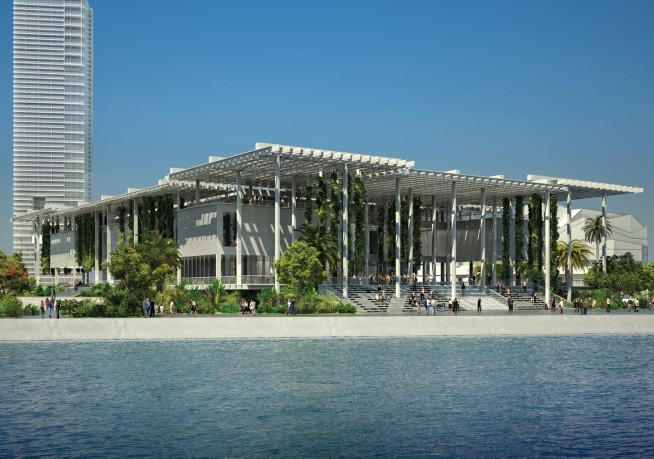 And now the new Patricia and Phillip Frost Museum of Science is nearing completing and slated for a Summer 2016 opening. 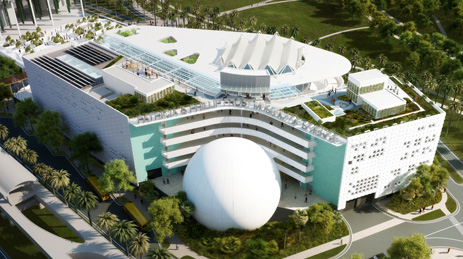 As this means one thing: Dreams do come true.

And it means another thing to: Property across from and around the new park is going to see tremendous appreciation.

So if you are looking to invest in the Real Magic City and have the potential of tremendous appreciation over the next decade then you should consider forking over the pretty penny for a unit in one of the Big Four which will soon be the Big Five with 1000 Museum Miami nearing completion! 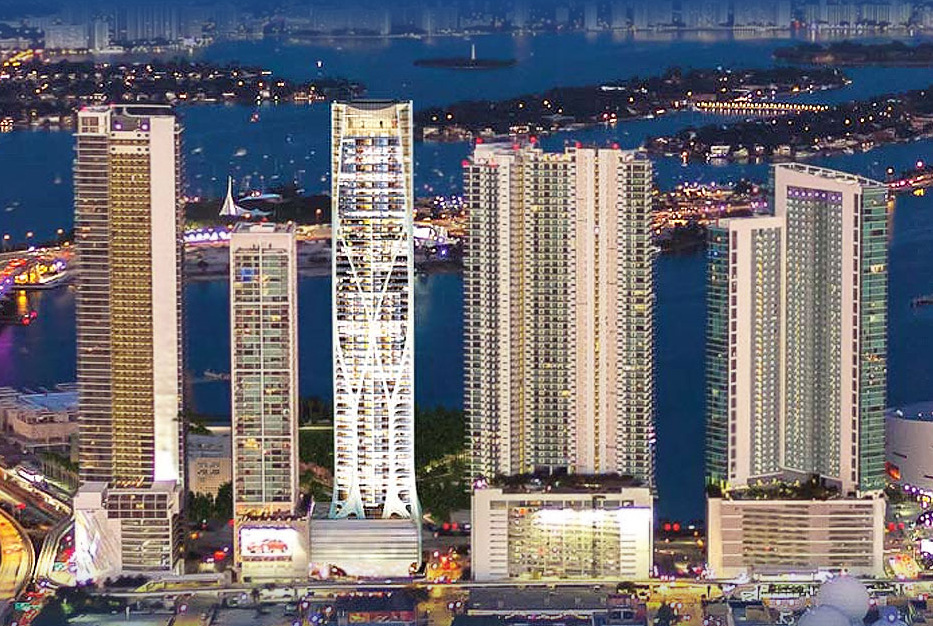 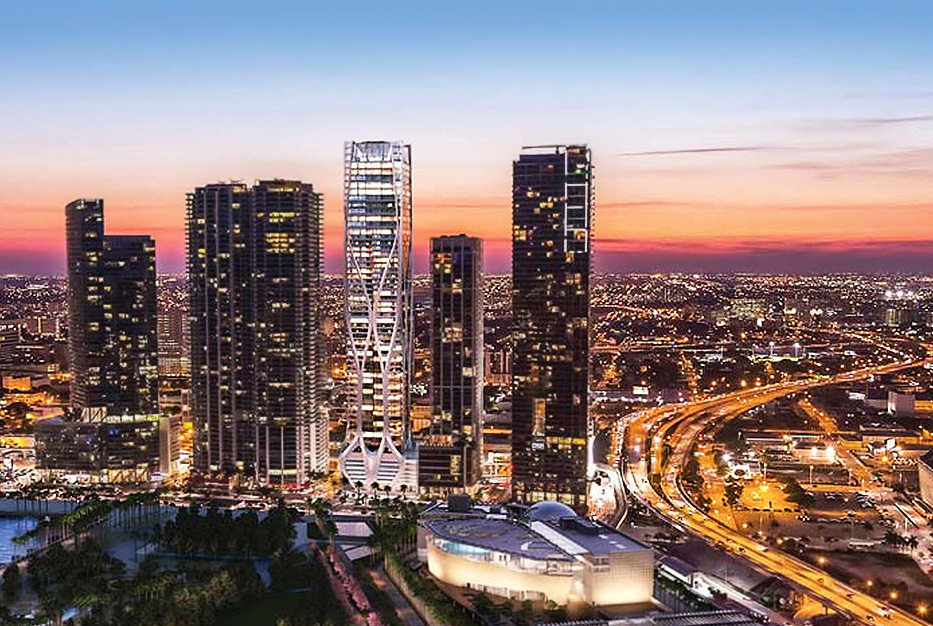 Of course your cash flow on a rental property in these pricey buildings will not be very good and may even be negative for some time, but this is a long term play and you can bet big on this one as it is one of the few sure things that Miami has seen in its illustrious and magical history!

And when you are ready to have a top of the line company manage your luxury investment property you know who to call: Real Property Management Miami at 305-517-3900!