Boo!
Prepare to be horrified.  Forget Freddy Kruger, Jason, and Michael Myers what you really need to be worried about as an investment property owner is John Q. Tenant.  In the immortal words of Jerry Seinfeld “People are the worst”.  In reality most people are not that bad but for some reason when they get into a property that they don’t own some people behave more like animals than human beings. 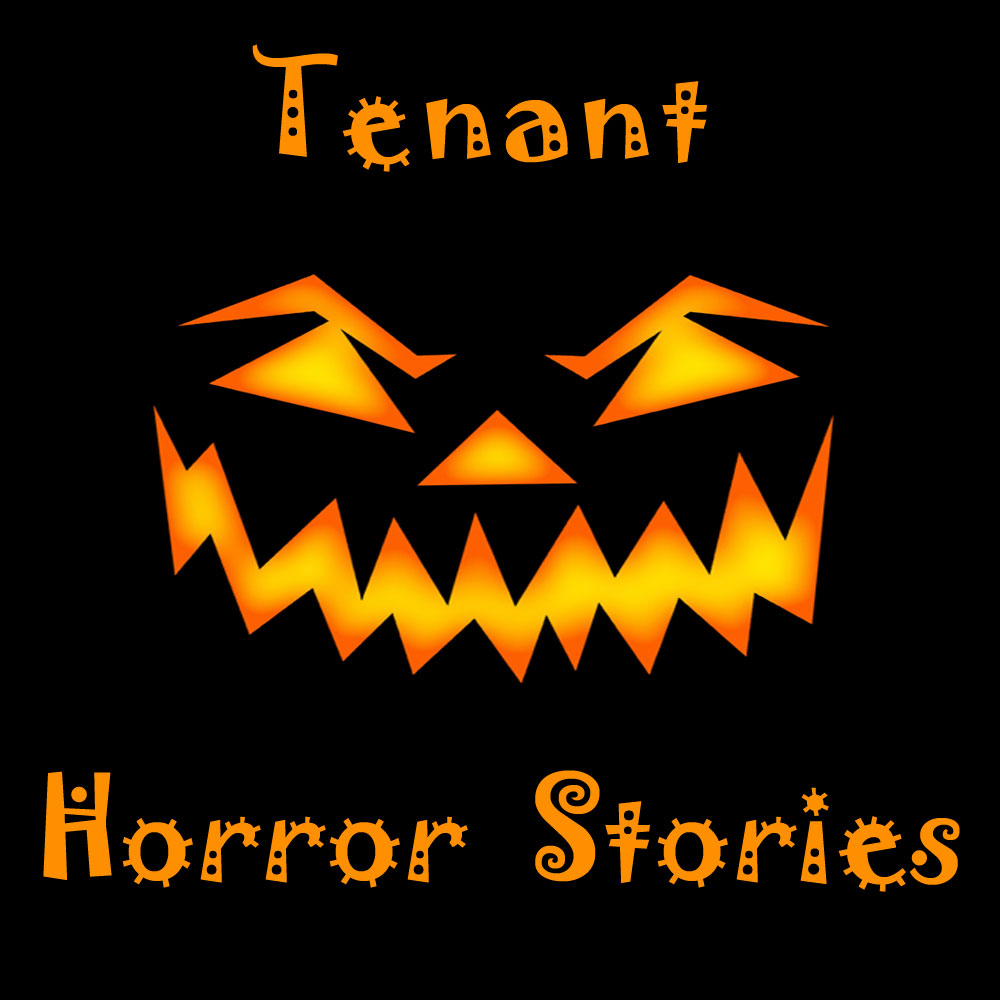 Of course this is the reason that there is money to be made in rental properties…because if it was easy everyone would do it.  You have all had that conversation with the too-scared-to-make-money person who says that owning a rental property is not worth it because they don’t want to deal with the headaches.  What they don’t realize is that a rental property is a business and if you manage it like one then you can mitigate your risks and your profits far outweigh your costs.  But don’t tell them that!  We don’t want the secret to get out!

But as much money as there is to be made any successful real estate investor will encounter their fair share of disasters.  So for your Halloween amusement we want to share a few of the truly strange and disgusting tenant horror stories that we have encountered over the years.

One of our good friends owns a couple of condos in high end buildings that in the past he would handle himself because he has friends or family in the buildings and figured he could save a few dollars since condos require less attention and upkeep than single-family homes.  Big mistake.  He got lazy on the screening process and would basically just run a simple online background check to see if the prospective tenant had any outstanding cases in Miami-Dade or Broward county.  A prospective tenant for one of his luxury condos passed those checks and so he rented him the property.

By the way if he had contracted us to do the tenant screening we would have done much more homework and would have probably avoided this sexy situation altogether!

#2 – Up in Smoke
If there is one thing that Miami is more known for than sex it’s drugs.  From Cocaine Cowboys to Miami Vice, the Magic City’s reputation has always had a hint of sin.  So it’s not surprising that every now and then upon cleaning out a rental of a tenant who has moved out (forcibly or peaceably) you may come across drug paraphernalia of various sizes and shapes.  But nothing compares to a rental that a new client called us with begging for us to help him put it back together.  The property was a new construction single-family home in Homestead with a two car garage that had a canal behind it.  These last two details are important because the tenant ended up gutting the entire home in order to turn it in to a marijuana grow house!

You should have seen this thing…the drywall and ceilings were ripped out to make room for the equipment and lamps.  A drain was installed from the house all the way out to the canal and dug in to the backyard, which of course was low quality so the drain had burst and was seeping weed water into the ground which was starting to create a sink hole!  The garage was also gutted so they could fit two SUV’s inside to make their drug pick-ups!

How do we know all of this?  The tenants were busted at the house and went to jail and the owner was questioned to see if he knew anything about the operation!  He was cleared, but talk about a nightmare!

By the way we recommend quarterly inspections of a rental property which would have surely dissuaded any potential pot profiteers!

#3 – Crap on the Walls!
So Miami is know for gorgeous beaches, incredible nightlife and an exploding cultural scene.  What it is not know for is loads of human feces spread on walls.  But that is exactly what one owner received when she got into a nasty fight with a nasty tenant who was constantly causing the toilet to be stopped up.  The tenant was constantly using the little clip-on toilet fresheners in all of her three toilets but instead of using just one she would put 6 or 7 in each bowl!  Every time the plumber was called out to unclog the toilet he would tell her that she could not put so many into one bowl, but she never listened.  Maybe she couldn’t…maybe the smell was just so bad that she needed 7 fresheners in each bowl…oh the horror!

But after the 7th time of calling the plumber and demanding that the owner pay for it the owner had enough and told her that she was responsible for any future calls to unclog the pipes.  The tenant cursed her out and told her that she would regret it!  But then the owner didn’t hear anything else for the next three months until the lease was over, the tenant refused to move out for two months, effectively living out the last month and the security deposit.

Once the owner started the eviction process the tenant vacated but left numerous presents for the owner who finally gained access to the property.  When she opened the door a stench hit her in the face like a ton of bricks…but it wasn’t bricks…it was crap.  The classy tenant had taken human feces and literally spread it all over the floors and walls so that the entire house was covered in crap!  It cost the owner over $1000 to properly clean out the home!

By the way, we would have enforced the rules of the contract much earlier and had the tenant not agreed to pay her portion the owner could have used our eviction protection plan to get rid of a bad tenant much earlier.

So we hope you can sleep tonight, just remember tenants can be terrible so go with the pros if you want to live (peacefully)!