Today we are continuing our series on Visiting Miami with a look at Downtown Miami, an area that you probably would have had no reason to visit until the boom of the early 2000’s.

But these days it is being hailed as a prime example of urbanization in major metropolitan city and boasts not only impressive office space but world class residences, sporting events, festivals and cultural hot spots!

Downtown is of course the heart of the city and all of Miami-Dade county for the matter.  But as in most major cities the advent of the expressway system in the 60’s and 70’s meant that most people could move to the suburbs and live in a big beautiful home and still be at work in Downtown in about 10-15 minutes.

So the same thing happened with Miami and most of the people who used to live in or near Downtown moved out west.  But then as the population grew the expressways got more and more congested to the point where if you live out west now it will take you about an hour in rush hour traffic to get to and from the office buildings in Downtown.

With the real estate boom of the early 2000’s countless cranes filled the skies as urbanization was touted as the coolest new thing for young upwardly mobile individuals and families. And with the new top of the line luxury condos there also came influx of construction on places for the new Downtowners to eat, drink and play.

This is newest, coolest thing to do as it just opened in 2014 and is actually still under construction as the Frost Museum of Science is still being finished.  But the open green spaces with unobstructed views of Biscayne Bay as well as the Perez Art Museum have already opened and have received rave reviews!

2. The Adrienne Arsht Center for the Performing Arts

World class off Broadway productions and performances by internationally acclaimed musicians have finally found their way to Miami!  The design of the facility is gorgeous and the acoustics are amazing.  Shows are going on throughout the year and we have been to several that have all been amazing!  One tip…splurge a little extra for the box seats, it’s an experience you won’t forget! 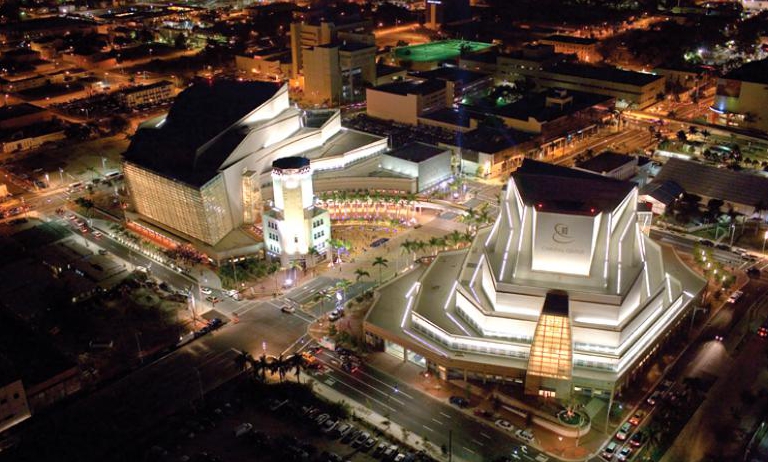 3. Marlins Park
While not technically in Downtown it is only about 10 minutes away and with it’s incredible panoramic views of the Downtown skyline it is quickly becoming a part of the Downtown Miami fabric.  Every great city in America has a ballpark and with its retractable roof and distinctly Miami design inside and out Marlins Park is definitely a world class ballpark. 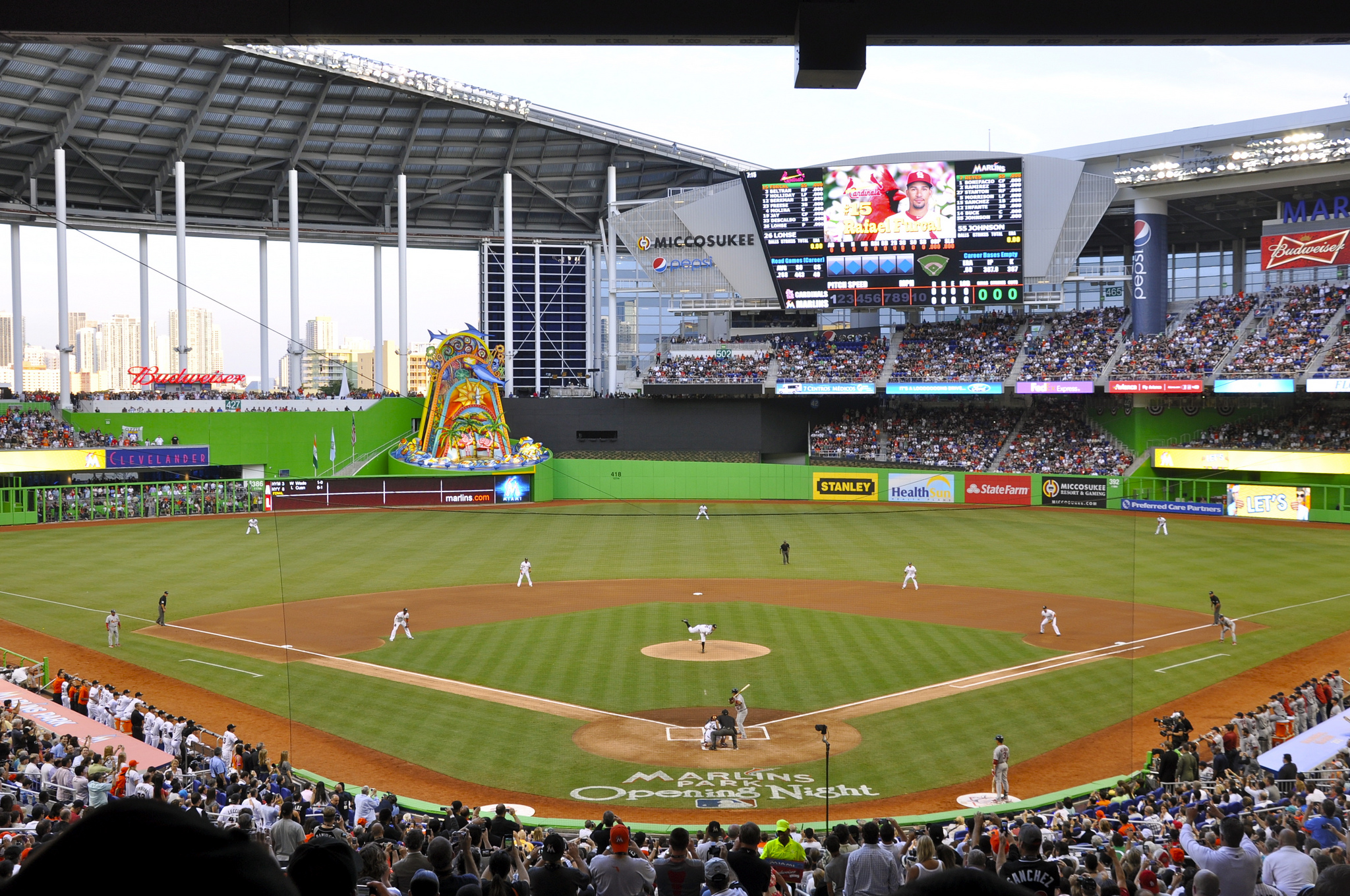 This is the most historic of the little bit of history that Miami has in it’s short century or so as a real city.  The Freedom Tower is the Ellis Island/Statue of Liberty of Miami as it is where thousands and thousands of Cubans first registered upon arriving in Miami.  It is currently being used as a contemporary art museum which gives you a great opportunity to get inside and see an amazing historical building. 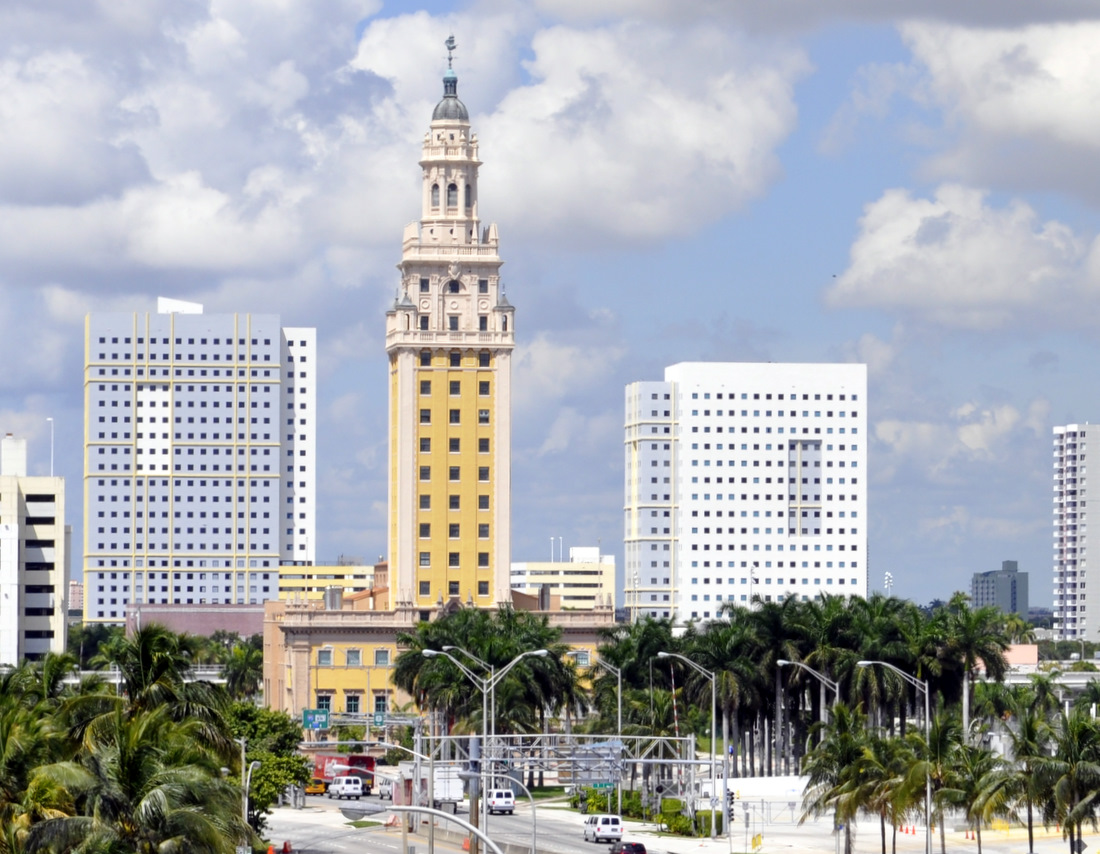 Although Bayside has been around for a long time it is still quintessential Miami with hundreds of boat slips if you want to pull up and dock for lunch or chartered boat tours of every shape and size leaving every hour or two every day!  It has a Caribbean Market feel to it and has numerous shops that are usually more fun to browse than shop, several bars and restaurants with every manner of mixed and frozen drink and even a show in the main courtyard on Saturday’s and Sundays.  It is a great place to grab some drinks before hitting the town, or to just hang out and watch the sunset with the family. 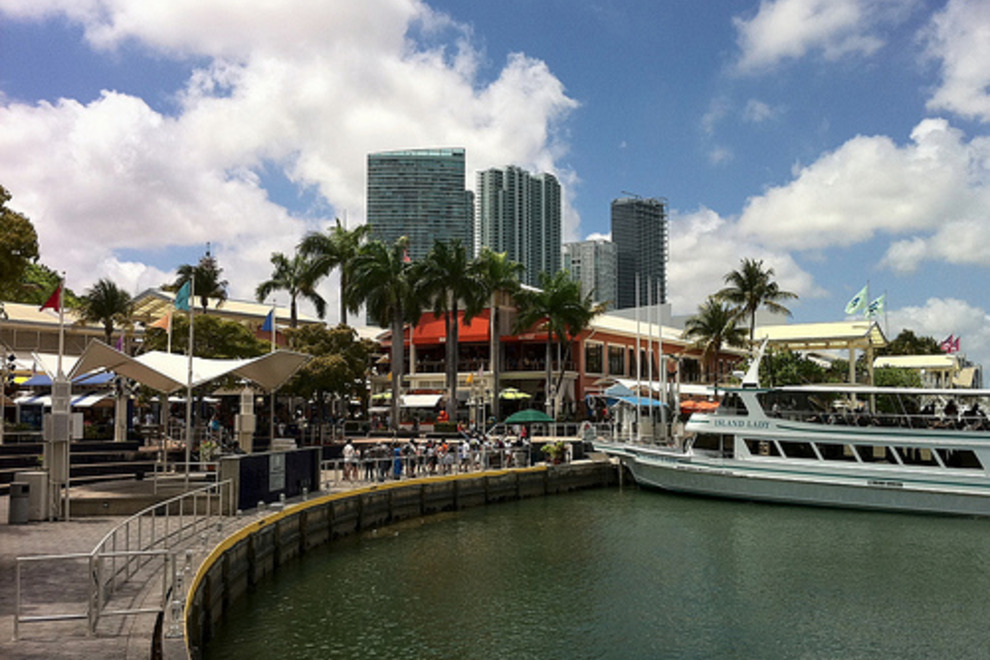 So that’s it for our little tour of Downtown Miami, there is definitely much more that you can do, including world class restaurants like Zuma, the 24 Hour entertainment zone with legendary Space Nightclub not to mention the Miami Jewelry District.  But if you hit these 5 places you are sure to get a great taste and want to stay for more….and maybe even buy some residential investment property!

Enjoy your trip and we will see you soon!