Today we are going to conclude our series on Where to Buy Miami Investment Property with Part 3 that covers the western portions of the Greater Miami Metro Area.

The western portions of Miami have traditionally been the residential centers ever since the construction of the expressway system in the 1960’s. The expressways meant that if you worked in Downtown you could buy a big house (by 1960’s standards) for a great price and be home in about 20 minutes.  So the neighborhoods exploded to the west, southwest and northwest.  These areas contain several municipalities and neighborhoods today but we are going to focus on 3 of the best bets for investment real estate: Kendall, Downtown Dadeland and Doral.

Lets start with the one that really led the way in suburban residential living: Kendall! 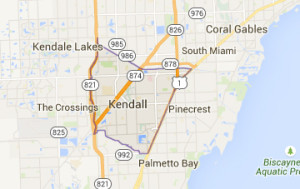 Kendall boasts the main campus of Miami-Dade College, Baptist Hospital and Dadeland Mall.  In fact if you look at the map, Downtown Dadeland is actually part of Kendall.  But for the purposes of investment real estate they are very different.  Downtown Dadeland is on the Eastern corner of Kendall and is almost entirely comprised of brand new luxury condominiums, while the main part of Kendall is further west and is composed of mostly older homes and townhouses.

The biggest advantage that Kendall has for residents is state road 874 which is an expressway that is also know as the Don Shula Expressway.  This expressway that was completed in the late 70’s cuts through the middle of Kendall and allows residents direct access to the main Miami expressways via 826.  The completion of the extension led to an explosion of construction and Kendall is now one of the most densely populated residential areas in all of Miami.

Major Advantage: Tons of potential residents
This means you will never have to wait long to find a good tenant.

Major Disadvantage: Tons of properties.
As with any excess in supply it will bring the rents down so they are going to be lower than in the higher end areas such as Downtown Dadeland, but the price to purchase is also lower.  In the end Kendall is a great place to find great deals and is also great if you are buying your first few investment properties because you can make a few mistakes and not break the bank.

Here is a breakdown of the current rental market in Kendall.

So it only makes sense to now talk about Kendall’s rich offspring: Downtown Dadeland!

Downtown Dadeland is a new force to be reckoned with.  It basically sprang out of the popularity of the Dadeland Mall and the growth of several commercial towers that have become a hotspot for financial services.  It can be considered a mini-Brickell and there has been an explosion of brand new luxury condos in this very small area in the last 10 years.  The nice thing is that almost all of the new condos have ground floor retail space so it has a walking score that is through the roof which attracts high end residents.  Additionally the Metrorail is walking distance so those who want to work in downtown but now pay the downtown prices for luxury can hop the train and be at their office in 15 minutes.

The tradeoff is that the prices are much higher because you are buying luxury property but the quality is also much higher and the product is new so your repair costs are going to be minimal.  Also the properties continues to grow almost like a snowball effect because new offices are being added and new condos are planned so the popularity and the value of Downtown Dadeland has nowhere to go but up.  This one is a sleeper, if you can swing the price you will have awesome tenants and a property that appreciates.

Major Disadvantage:  High price point to enter.
Just like in life you get what you pay for, if you have the cash this can actually be turned into an advantage.

Lets finish up with a stalwart in the income property world: Doral! 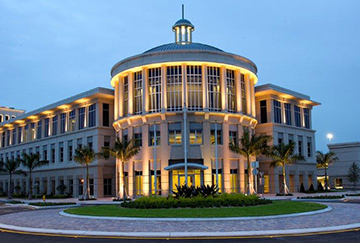 Doral has long been home to savvy real estate investors because there are a ton of relatively new properties and because of the proximity to the airport and major companies that are headquartered here there is always a strong supply of tenants.  But this trend has gotten even hotter in the last several years as money has poured in from South America and several countries that are experience political instability.  The influx of cash has created many new luxury residential communities and there are even cranes on the horizon as the new Downtown Doral is being developed!  Think of Doral as a combination of Kendall and Downtown Dadeland.  You get a ton of residents and communities but the prices are closer to the luxury side.  So if you want something newer than Kendall but don’t want to drop the cash for Downtown Dadeland, Doral is going to be a perfect fit for you!

Here is a look at the numbers for Doral…

Major Advantage: Tons of potential renters.
There are so many companies headquartered in Doral and the proximity of the airport that constantly imports South American demand means that you will never be short on tenants.

Major Disadvantage: New and shiny means more money.
You will not have to spend as much as you will in Downtown Dadeland,  but there are definitely areas where you may actually have to spend more.  But if you do you research, and speak with us, you will find a great deal.

So that wraps up our 3 part series on the best places to buy residential rental properties in Miami.  We hope you enjoyed it, as always please contact us with any questions or for further information on these or any other areas that you are interested in!