In our last post we discussed the basics of where to buy investment property, if you missed it you can click here to check it out.  Today, as promised we are going to discuss our recommendations in the eastern parts of the greater Miami area that include Downtown, Brickell and Coral Gables.

Lets start with the big one: Downtown Miami! 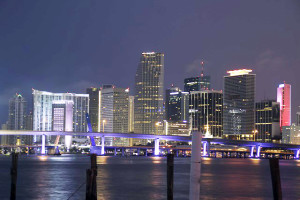 The famed Magic City experienced a major resurgence in the condo building boom of the early to mid 2000’s.  For decades the trend had been to move out to the suburbs to find better living conditions and Downtown had essentially become a ghost town after 5pm.  But gradually traffic has gotten so bad getting in to Downtown Miami that the drive has become highly stressful and often in excess of 1 hour.  This led to the condo boom and the influx of new owners and renters wanting to live in the new hot spot.  Of course the boom led to a crash and there was much doubt that all of the thousands of units that had been built would ever be filled.  But that doubt has been erased as not only have they been filled but a new boom is underway!

Now most of what was written in the previous paragraph is the same story for Brickell because they are literally across the Miami River from eachother.  But there are important differences in the prices of the properties and amount of rental income in each area that we will detail below.

So to break it down…
Downtown’s Major Advantage: Largest job center in all of South Florida
This means that there is a constant supply of new tenants that want to eliminate their 2 hour commutes and walk to their office.

Downtown’s Major Disadvantage: Newer units that are desired by tenants are expensive and not as in demand as Brickell
Downtown’s units are similar in price to purchase as Brickell but there is less demand for rentals.

And now for the Rolls Royce…Brickell! 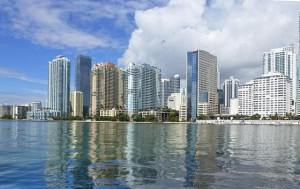 As stated above Brickell has about the same story in terms of the condo boom, the major difference lies in the price and the prestige of living in Brickell that has been considered a luxury residential location for much longer that Downtown.  So in Brickell you will find older luxury condos that you can get at a decent price but the major demand from tenants is to live in the new luxury buildings.  Brickell is the international financial services center of Miami and so many of the prospective tenants are affluent bankers and international business owners.  Because of the connection to Central and South America there is tremendous demand for rentals in Brickell and the number of 2 Bedroom units rented since the beginning of this year is almost double.

So lets break it down for Brickell…
Brickell’s Major Advantage: Tremendous demand for rental units
Driven by Central and South American wealth and the capital of Latin American financial services you will always have a tenant for your unit in a very short period of time.

Brickell’s Major Disadvantage: Price
These are the most expensive condo units in South Florida, as the old saying goes you get what you pay for.

So now you have since the Bentley and Rolls Royce of rental properties in Miami but what if you would rather get something close but pay a little less? 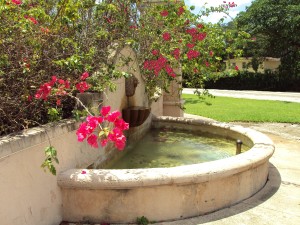 The units are cheaper to buy but are still luxury units that will drive demand, the location is only about 15-20 minutes from Downtown and Coral Gables is also a substantial job center of its own.  Additionally Coral Gables draws families because of the design of the city, the shopping on Miracle Mile and the many parks that are nestled among it’s tree lined streets.  With families tends to come more stability and long term rentals so that is advantage over Downtown and Brickell that tend to attract more singles who often move more frequently.

The down side is that there are few properties for sale and there is less demand for rentals as a result as you can see from the numbers below.

The other disadvantage to owning in Coral Gables is the city’s slightly higher property tax.  You tend to get better city services but as always you get what you pay for and property taxes tend to be slightly higher which could eat into your cash flow.  However, there is a much bigger variety of units in Coral Gables.  Whereas almost all units in Downtown and Brickell are high rises, there are several low and mid-rises in Coral Gables.  You can also find older properties for a great price but beware of hidden repair issues.

Final Breakdown for Coral Gables…
Coral Gables’ Major Advantage: Better prices for luxury
You are not going to pay as much for a great property but there is also less to choose from.

Coral Gables Major Disadvantage: Less demand
Because there are fewer available units and offices there just aren’t as many available tenants as in the other two areas.

So to sum up the East of Greater Miami, you need to have substantial capital to buy here, but if you do you will be getting an excellent and often brand new property that will always be rented and that will maintain a strong value over the long term.

We hope you enjoyed Part 2 of this series and check back in two weeks for the final Part 3 where we discuss the best of the West that includes Doral, Downtown Dadeland and Kendall.